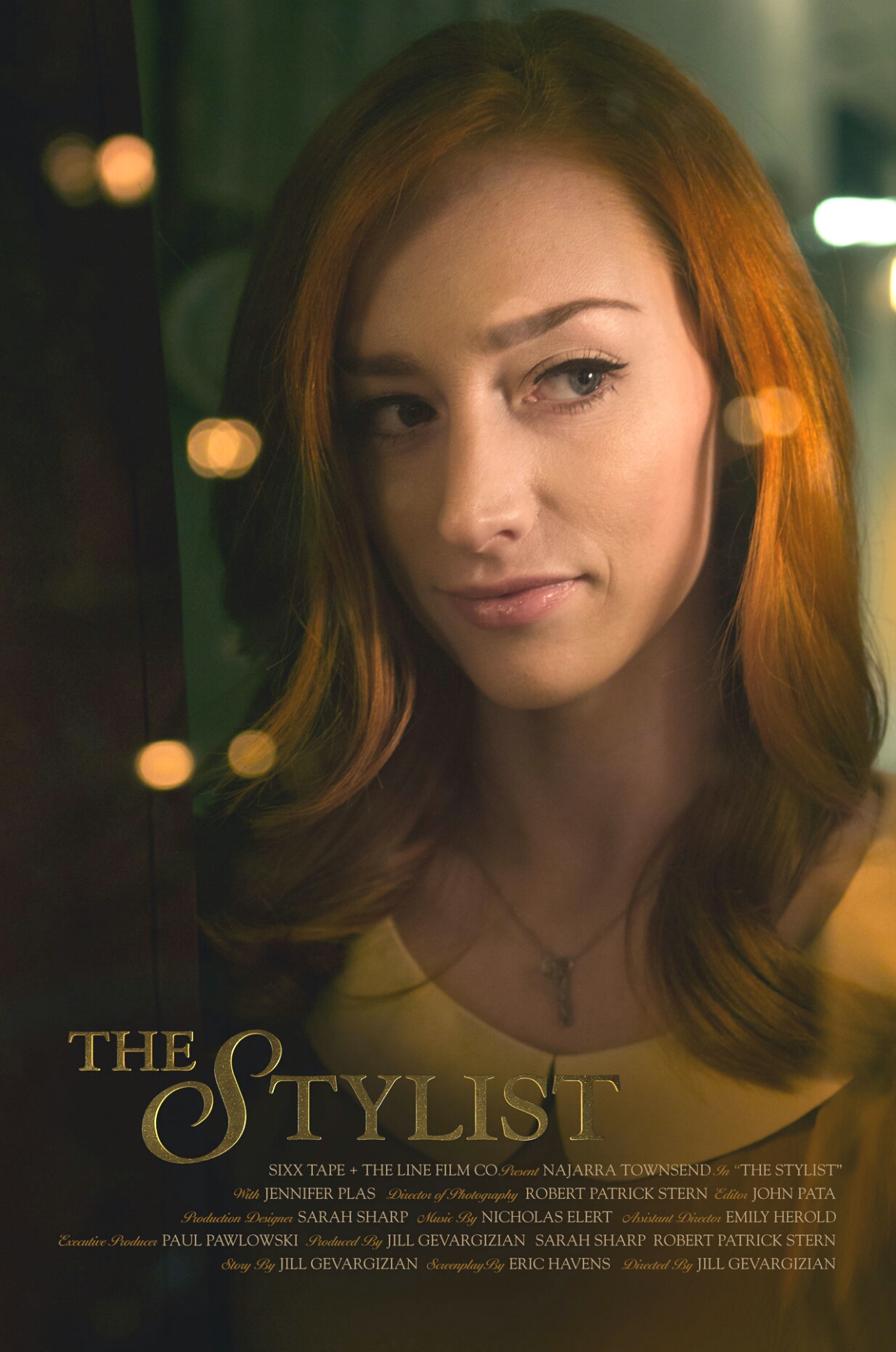 It’s never a good idea to let someone who might have some mental problems be around sharp objects. In Jill Gevargizian’ The Stylist, the feature length version from her 2016 short by the same name, we also find out it is also not a good idea to let them use those sharp objects to cut your hair. Using her own experience as a hair stylist, Gevargizian pulls from that as well and makes you wonder what exactly was on her mind as she cut your hair.

Claire ( Najarra Townsend) is a hair stylist who doesn’t seem to be very happy in her own skin. Her days blend together as nothing seems to fulfill her, not even her daily chia tea with almond milk. There is though one thing and when she is alone and taking care of a late customer, that always works. What ends up satisfying her is taking the hair (and scalp) off of someone and tying it on later in order for her to become someone else. You never know who is going to be the victim as even when she does kill you see a slight hint of hesitation sometimes that is only gone when she is making the cut with her scissors along the scalp. Olivia (Brea Grant) has been going to Claire for a while and when she needs someone to help her while in a bind for her wedding, she gives Claire a call. Everything starts out innocent enough but soon Claire wants more of Olivia, which freaks out Olivia in a way. That though doesn’t stop Olivia from inviting Claire to her wedding out of a hair need, a decision that may lead to a very bad hair day.

While watching The Stylist you get a certain feeling from it that I haven’t gotten from films of its type. Most movies that have someone who kills people for pleasure are pretty straight forward, like Freddy from the Nightmare series just likes to kill. With Claire, played brilliantly by Townsend, you never get that feeling, as you can actually sense her regret. That adds a layer to her that is unexpected as you watch her sometimes hesitate or even feel a little dirty about what she just did. I think that is a lot of Townsend, but it is also the mood of the story, which is written by Eric Havens, Eric Stolze, and Jill Gevargizian, the later directing. Not only does the film look good, it is also clean, as you see the kills, but very little of the aftermath and the film doesn’t focus on the kills, it’s the story and Claire that get most of the attention. I dug The Stylist and its real world feel, and even had a little crush on Claire, who I would never go out for a drink with, or let her near my hair. This though is just another reason to stay home, because why go out when you can just enjoy watching a stylist master her art in the comfort of your own home.

The Boy Behind the Door -- Fantastic Fest Review