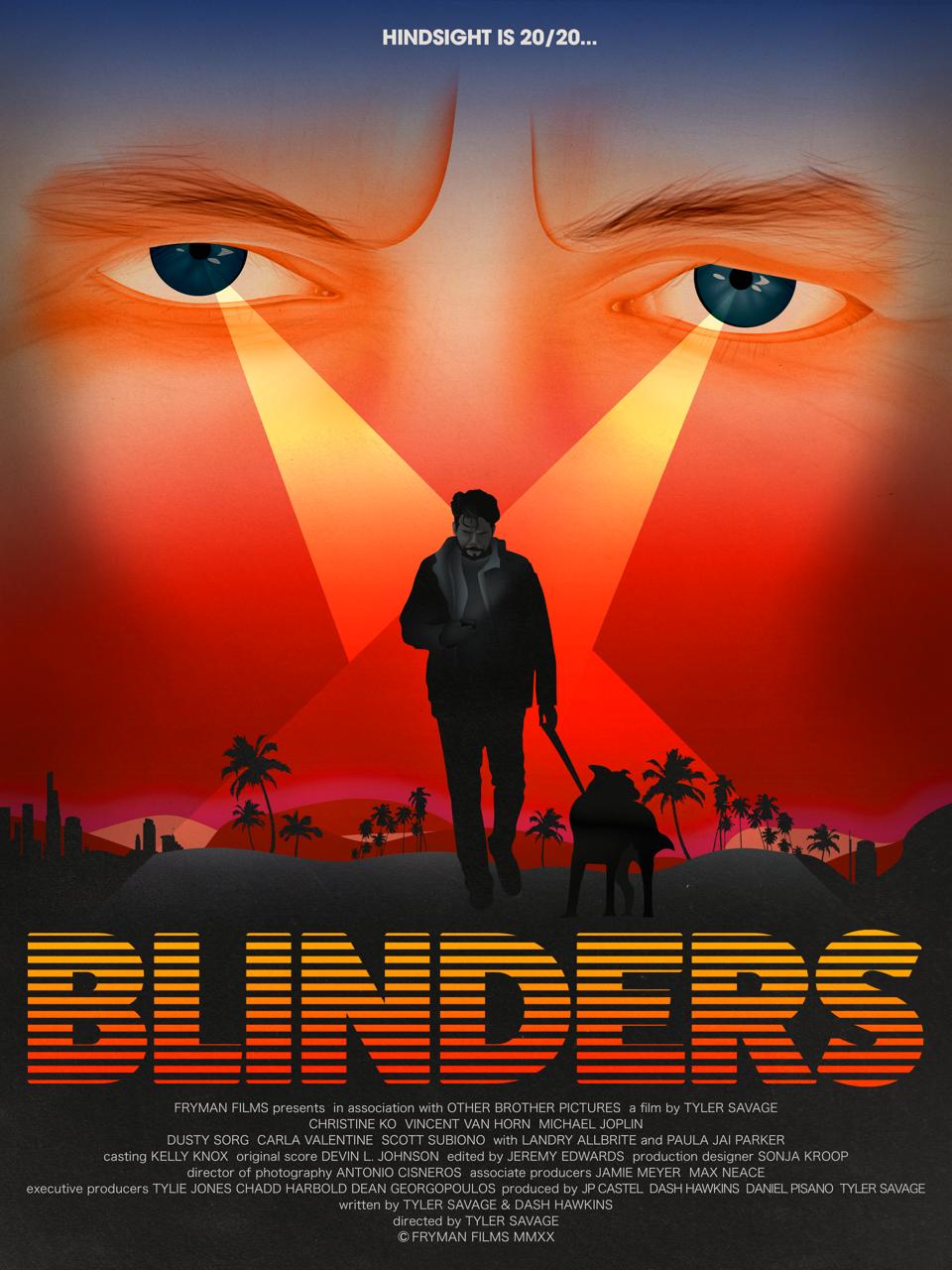 Andy (Vincent Can Horn) has just suffered a break up and has decided he needs a #freshstart. That decision leads him to take his dog and belongings to sunny California to help him get over the heartbreak. On his first night in his new home he decides to look for a dive bar near him and gets a drink where he meets Sam (Christine Ko). Things go well enough that Sam calls for a ride share and they head back to her place. Andy is a teacher by trade, so in the meantime he is tutoring to make some money, which also allows him to spend time with Sam as they seem to be getting along so well.  Andy being new in town also leads to him running into their ride share driver named Roger (Michael Lee Joplin)  and needing friends decides to hang out with him one time. Things though go south from there as Andy blows him off to hang with Sam, setting off a stalking situation one no one wants to have.

It seems that the ride share driver is becoming the new “go-to” for creepy killer guy. Blinders though has a few tricks up its sleeve that make it not your ordinary “guy gets mad because you don’t want to hang with him” movie. Writers Dash Hawkins and Tyler Savage, the later also directing are not afraid to delve into some different territory and in doing so deliver a rather entertaining film that you might think at first as just run of the mill. The performances are all good, but Ko’s performance really stands out as she really plays the kind of girl every guy wishes they could meet. What I enjoyed most about Blinders was the fact it was a not what I expected and ended up being a very pleasant surprise. It’s one of those movies that stays with you and just might help you take off your own blinders to see people for who they are and not who you want them to be.

May the Devil Take You Too