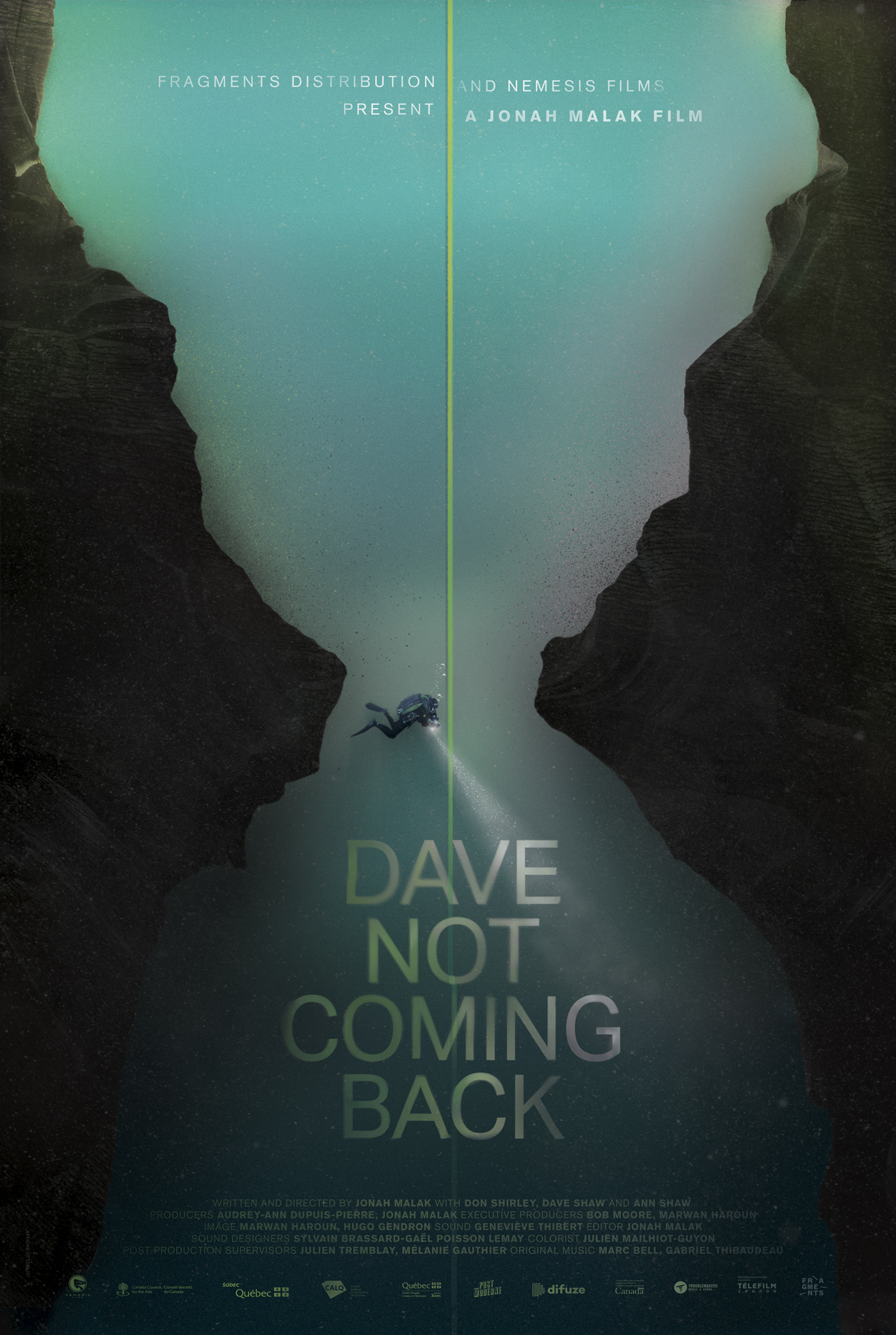 Don Shirley and David Shaw have been friends for a long time and one of the things they love to do is dive. During one such dive, in which they broke a world record for water depth in the Boesmansgat cave in South Africa, they would find something more than rocks at the bottom. That other thing was a body and instead of seeing and forgetting it, they make a plan to come back to retrieve it. They find out the divers name, Deon Dreyer, and notify his family of their intent to bring him home. Together, Don and David assemble a team and come up with a plan to bring Deon back from the close to one thousand feet below where his body currently rests. Lots of things need to go right for this to work, and there are a million things that can go wrong, but some things are important enough to take those risks.

Dave Not Coming Back  is an incredible documentary that finds a way to both incite fear and anxiety as you watch things unfold through both archival footage and reenactments. If you can’t figure out via the title, David Shaw does not return from the dive, as something went wrong when he got to the bottom of the cave. There is a sadness at the loss, but also each one of those divers who participated in the recovery knew the risk that this could be their last dive. That isn’t to lessen Dave’s death and what Jonah Malak does best is help celebrate Dave’s life and the thing he loved doing the most. I was mesmerized by this film and couldn’t believe what I was seeing, and that this all happened. The combination of the footage from that day and the reenactment felt seamless and really never felt like they were taking place at different times. The only thing that places you are in a certain time is the grainy VHS tapes of some of the videos of the past. I had no idea what to expect when this film started, but by the time it was over I was glad I got to have see it. Dave Not Coming Back is a story of loss, but of also things found and is something that will stay with you long after it’s over.