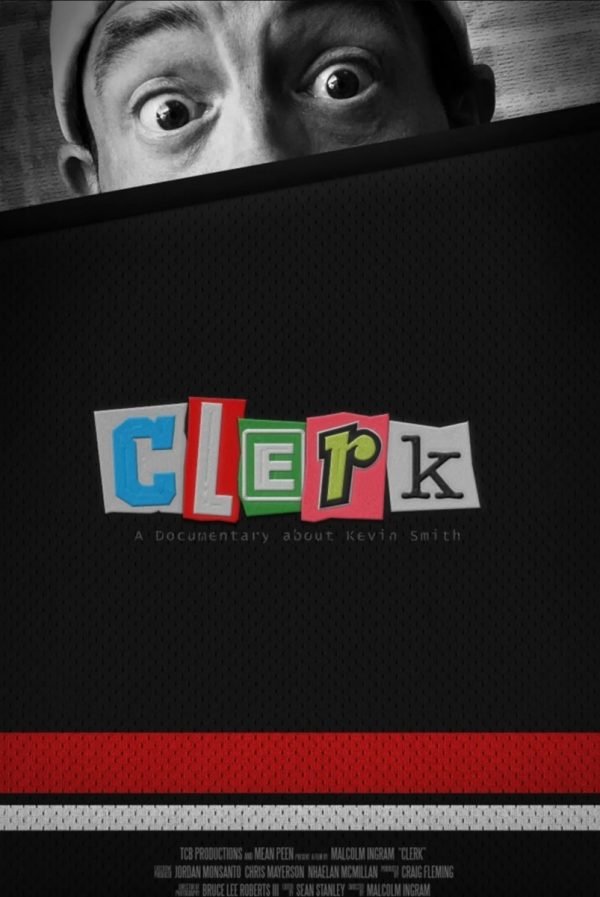 As the indie film scene exploded in the early 90’s it was easy to get lost in the feelings the movies that were being released incited. With names like Linklater, Tarantino, Rodriguez and Burns you had a lot of choices, but few spoke to me more than Kevin Smith. Ever since the release of Clerks in 1994 Smith has been a part of my life and through his movies, podcast, and books I have taken in all he has had to say, which is a lot if you know him. So with the release of the new documentary about him from longtime friend Malcolm Ingram simply titled Clerk I didn’t think I would learn much new, but I did have one giant take away by the end.

If you don’t know who Kevin Smith is, welcome to knowing him, because he is not shy about anything in his life and you probably have picked the perfect vehicle to learn about him. Smith grew up in Highlands New Jersey and was introduced to movies by his father, who was doing what every good parent does, taking his kid out of school in order to go the movies. His life was pretty uneventful until he saw Richard Linklater’s film Slacker in 1990 and decided that if that was what was considered a movie, then he felt he could make one as well. He went off to film school and didn’t stay long, just long enough to learn a few things and to meet Scott Mosier, who Smith said would become his “battery”  for so many years. Mosier was not just that, as he also produced all of the movies that Smith made for most of his career. Ingram who has known Smith for years gets all the gang together from the View Askew universe. Everyone from Ben Affleck and Matt Damon to frequent co- star Jason Mewes to talk about Smith and they all say the same thing. That Smith is so laid back and fun to work with and you can see why members of his cast keep coming back time and time again. There is not a bad thing said about Smith and while you might attribute that to that fact everyone involved is Smith’s friend, you can see that it is not bullshit, because of who Kevin is.

With Smith you don’t really have to try and get him to be anyone else but himself and whatever you think of him the one thing that everyone can agree on is that Smith is just a good human being. As Smith’s stature grew, he never forgot his friends and brought most of them with him along for the ride. They have been there for him through it all, the highs of Clerks and Chasing Amy, to the lows of Cop Out and Zack and Miri make a Porno.  If you are a Smith fan you are not going to learn anything new, but it’s a fun ride going through his catalog and all that he has done with his life. I have always been a fan of Kevin Smith the filmmaker, but after watching Clerk I am a fan of the man as well.