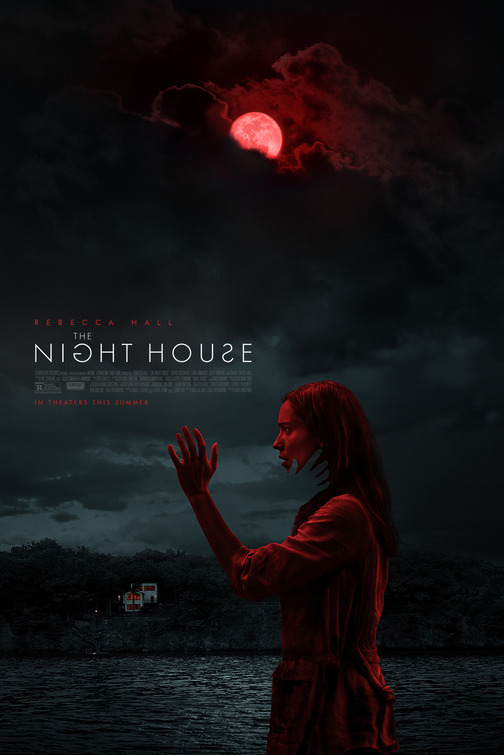 Horror movies have always used grief as a back drop in the stories they often produce. The intention usually appears to be a need to believe that there is something beyond this life. And with that belief we are drawn in, even if we have to deal with doors closing by themselves and things pulling you into your closet. In The Night House the sense of grief comes after Beth’s (Rebecca Hall) husband Owen (Evan Jonigkeit) commits suicide, but it also explores the mental health of it all as well.

Since Owen ended his life, Beth has had to figure out things all while living in a secluded lake house by herself. It is this seclusion that makes nights a little difficult as things are happening that Beth can’t seem to get a handle on or if they are even real. Things like the stereo playing music loud in the middle of the night or knocking at the door when no one is there. Beth swears she hears and feels Owen’s presence and it causes her to dig deeper into their lives. What she finds is that there were secrets that she didn’t think they kept and when she sees a picture of a woman on Owen’s phone that is not her, the questions really start to pile up. As things become more sinister, the madness it produces makes Beth a danger to herself. Carrying a film alone can be a hard thing to do, but Hall is more than up for the challenge. The way she  portrays a woman overwhelmed with grief leads her to give a performance that is chilling to watch. Written by Ben Collins and Luke Piotrowski the first half of the story is a really strong horror movie with some really good scares, but the second half does not quite stick the landing. While it may appear as a ghost story, there is much more that one could argue it is more architectural horror than anything else. Director David Bruckner (The Ritual) does indulge a little too much as a result the pacing suffers, but when things do work, man they work.

The Night House has some good things working for it, but the film would not be the same were it not for the performance of Hall. She is the biggest reason to see this film and you can still hang around for some of the scares along the way. You also have to give credit to Collins and Piotrowski who tell a pretty original story in their exploration of grief. Yet it still can’t help but displaying a few too many, “been-there-done-that” moments. Where the film suffers the most is in its final act, or when the payoff moment is due, it just feels underwhelming for the long build up to it  That though is the worst The Night House does and there is plenty of things it does well enough to enjoy, most of all, Hall, who turns in something that will haunt you long after the credits have finished.