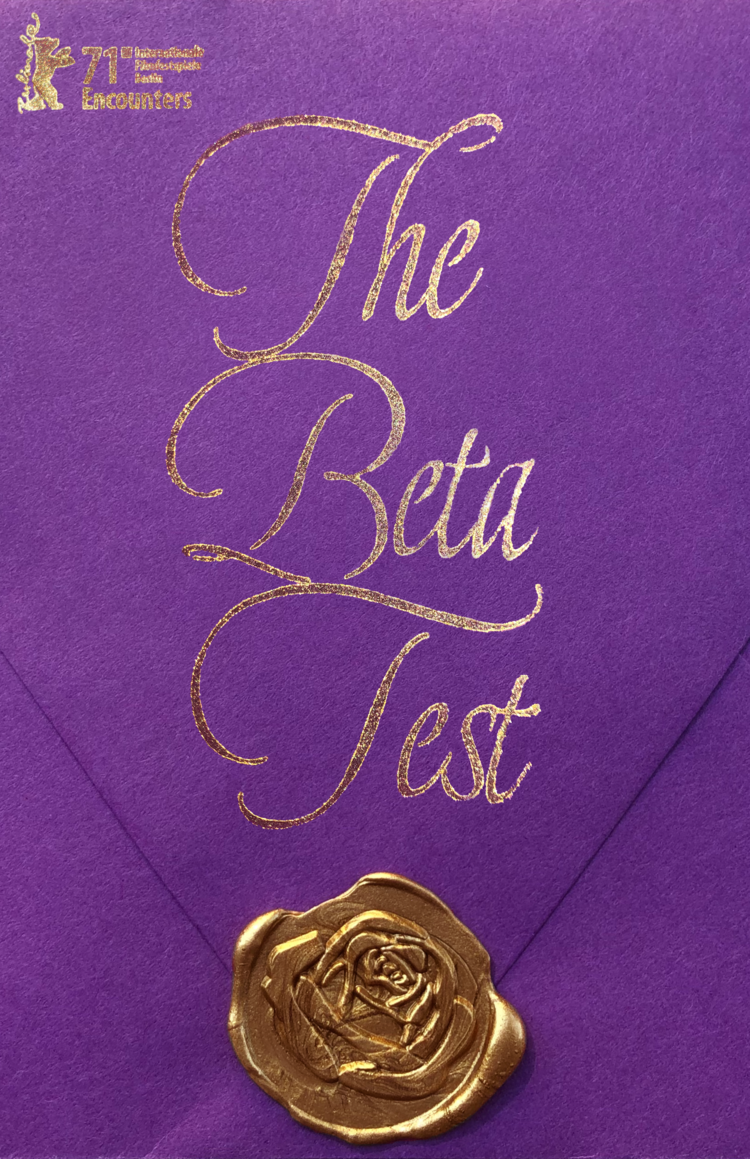 Making a movie and making the movie you want can be two different things. Often when you go through the ‘system” the vision the filmmaker had gets corrupted to fit what a studio might find more appealing. Writer/director/actor or do anything guy Jim Cummings has decided to go around that system and to put out the stories he wants to tell and we are in a better place because he does. With his latest The Beta Test we get the third film of Jim yelling in a parking lot and which might be his best one yet.

Jordan (Jim Cummings) is a successful agent, who on the surface seems to have it all. He has the Tesla, the beautiful woman he is about to marry named Caroline (Virginia Newcomb) and of course he seems to be on the top of his game at work. Jordan is always on that that next big deal and projects a confidence that he really doesn’t have. On the inside Jordan’s stress levels are through the roof and when he gets a beautifully crafted invitation in a purple envelope, in beautiful print, advertising the anonymous sexual encounter of a lifetime. Jim being the good guy he is throws away the letter and goes on with his life. In the middle of the night he is digging through the trash to find it again, because how can he pass this up? The invitation is simple, you send a piece of paper back with your preferences and then you get a room key to carry out your meeting. Of course Jordan does it and the afterwards, with the help of his friend PJ (PJ McCabe) he starts to unravel his life and knocks down the facade he has spent so long building.

The Beta Test is a scorching satire that take a butcher knife to the bullshit that is Hollywood representation. Their choice of knife is beautifully dark comedic writing and lead performances that are overblown, or basically, Jim Cummings doing what he does best. Cummings as an actor has the ability to allow you to see everything, good and bad, which works perfect in a roll like this. Together McCabe and Cummings’s script walks a perfect tightrope between comedy, horror, and a thriller as most of the arrows they shoot hit their target. Their satire though is not just reserved for Hollywood, but the politeness in America in general, where even more people seem to be angrier than ever. With everything going on Cummings and McCabe hold your interest, because they are always keeping you off guard in Jordan’s unbalanced and unhinged attempts to get to the bottom of this mystery. The Beta Test screams for repeat viewings and will surely become one of your favorite films of the year and has squarely put Jim Cummings on my must see list for a long time to come.