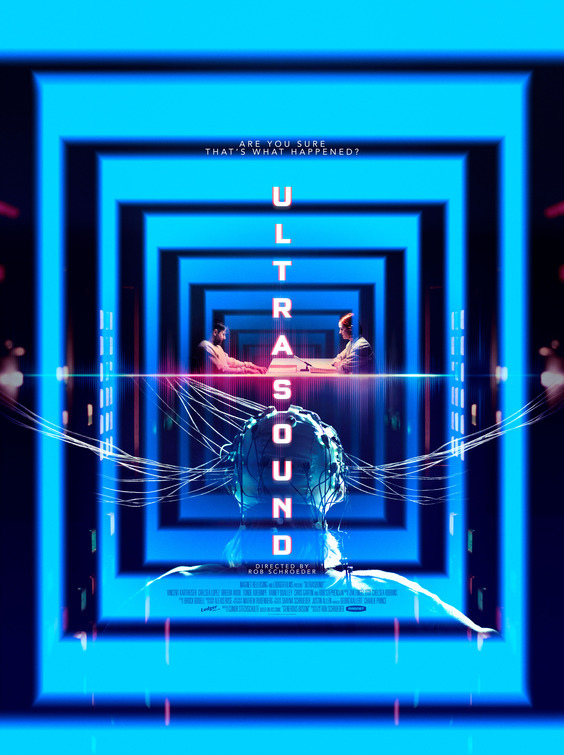 On a dark and rainy night Glenn (Vincent Kartheiser) is driving back from a wedding when he unexpectedly runs into some car trouble. He seems to be in the middle of nowhere, but sees a house in front of him with the lights on. When he knocks on the door Art (Bob Stephenson) answers it and invites Glenn to come inside. After being given a chance to dry off, Art offers Glen a place to stay for the night, so that in the morning he can go to the garage to get his car fixed. While it might seem like Art is being a nice guy, this interaction is about to change Glenn and serval other’s lives.

Things take a turn towards the strange when Art suggests to Glen that he sleeps with his wife Cyndi (Chelsea Lopez), an idea he is not down with at first. After much encouragement by Art, Glen agrees to give it a try and the only thing that is even weirder then that night, is when Art tracks down Glenn a few months later at his apartment. Things don’t feel right and you get the impression that something sinister is going on here and no matter what Art asks Glen to do, he feels like he can never say no. Soon we start to understand a little more as Glen and Cyndi are taken to a facility that looks to be studying what they are going through. Glen is now in a wheelchair and he and Cyndi are being interviewed by Shannon (Breeda Wool) at a medical clinic she works for in order to figure out what is going on.

Adapted by Conor Stechschulte from his own graphic novel, Generous Bosom and while at first the story telling might feel a little disjointed, when things start to intersect, the mystery comes more into focus. What Ultrasound becomes a slippery puzzle film, that is clever in its construction and comes together quite well in the end. With each new revelation the more you get engrossed in the strangeness of it all. Unfortunately there isn’t a lot of time for character building, the cast is good enough to fill their screen time for the good of the story.

Ultrasound  has a very carefully constructed story that really pays off in the end. With Stechschulte’s excellent story and Rob Schroeder direction visually filling in gaps versus exposition, the filmmakers delivered for me. I know though that the perspective changes will not be everyone’s cup of tea, as it might frustrate some viewers, but if you are patient enough, the reward is high. There is a dark possibility to the narrative, but thanks to the solution it gives its characters and once again the great cast, it pulls that darkness into the light. I love Sci-Fi like this and more so, movies that require many watches to catch the things you might have missed, and Ultrasound is definitely one of those movies.