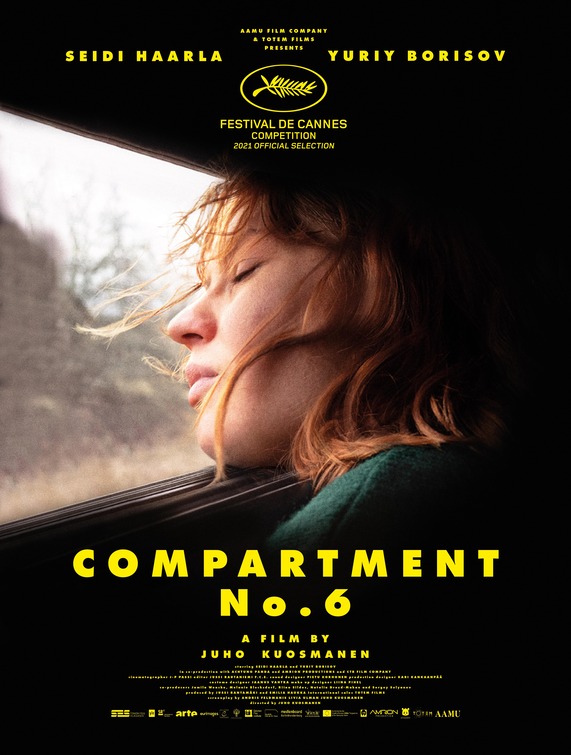 If you have watched enough movies, you know the possibilities of the things that can happen to you when you travel alone. Anything from finding the love of your life to being hunted by a mass murderer, the latter of course is not the preferred result. Laura ( Seidi Haarla), a Finnish archaeology student, didn’t think she would need to worry about being alone since she planned a trip with her Russian lover Irina (Dinara Drukarova), but even the best laid plans can come apart. So after some convincing, Laura hops on a train and takes a trip that will shape her perspective on her life forever.

As Laura arrives at her compartment, she meets Ljoha (Yuriy Borisov), a man who has brought his own alcohol on the trip and as he tries to talk to Laura, comes off as a rude and not someone Laura feels safe sharing a compartment with. After failing to secure another place to sleep, Laura returns to find Ljoha passed out allowing her to get some sleep. In the morning she encounters a different Ljoha, one who sort of apologizes for the night before and they start to have a real conversation. As they spend more time together, you don’t at first get the impression that Laura is doing this out of a want, but more out of a need because spending time with Ljoha helps her forget her troubles. As they find common ground, and intimacy, whether you call it friendship, love, or anything else develops between the two, even if seems most of the time their moments are off. The trip continues, and the two travelers simply have no choice but to arrange themselves with each other and start to make the best what at first seemed like a bad situation.

Written by Andris Feldmanis and Juho Kuosmanen, the latter also directing from Rosa Liksom’s novel, tells a story that is neither a love nor friendship story. Compartment Number 6 is not your typical story, but instead it’s a journey, both emotional and physical that never succumbs to any expected clichés that you might have anticipated with movies like this. As Laura and Ljpha make their way to Murmansk, which is their destination, it is not about one great journey, but rather the microscopic shifts that these two lives make that help them become both become a little more like who they really are.

This is not a film where scenic locales provide the charm of the story, as most of the locations off of the train are bleak, except the end of the movie. You want these two to be together, even if you know that their relationship could be doomed if they did. Compartment Number 6  is a wonderful travel movie that is about two people who are defeated by life, and who are wandering. While that might not sound like the most uplifting time at the movies, by the final frame, this film becomes a very pleasant ride that is worth your attention.