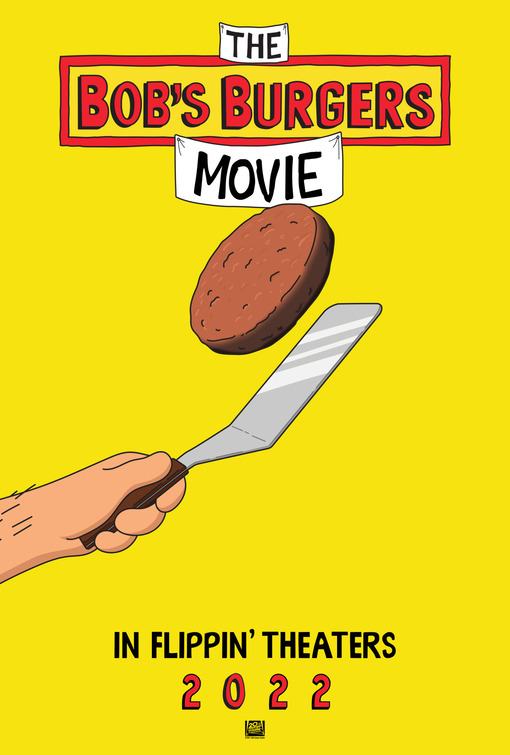 After 12 seasons and some 230 episodes, the creators of Bob’s Burgers have decided to take their popular show to the big screen. Turning it into a movie that appeals to its fans while still being its own thing can be a tough task. Lucky for us the show’s creators were up for that challenge and like The Simpsons  and South Park before it, Bob’s Burgers has delivered with its big screen adventure.

Bob ( H. Jon Benjamin) with his wife Louise ( Kristen Schaal) own a burger stand . They work it during the day and at night they live in the apartment above it with their three kids, Tina (Dan Mintz), Linda (John Roberts), and Gene (Eugene Mirman). Business is a little slow and Bob and Louise need to convince the bank to give them an extension on their loan so they can come up with the money to pay it. After their request is declined, Bob and Louise just decide they will find a way to get the money in the seven days it is due, but then a wrench in thrown into their plans. Turns out a sink hole has developed in front of their store, which really puts a hole in their plan. Still, determined they try, but what they discover in that the sink hole is about to complicate things even more.

While you might think bigger screen must equal bigger story, that is not the case here. Instead the screenplay by Nora Smith, Loren Bouchard and Jim Dauterive keep its simple and fills the movie with call backs that fans of the show will love. However never lose focus of the main story  For its big screen version the show creators definitely stick with who brought them to the dance, but the fans won’t be the only ones who enjoy it. I have seen a few episodes of Bob’s Burgers and while I enjoyed them, it was never a show I kept up with. After watching this movie I kind of regret that I never got into the show, because this was such a great time.

Half- comedy and half-musical, The Bob’s Burger Movie  delivers the perfect about of happiness into this world all while coming off as just a slightly bigger budgeted episode. What the movie did for me though is make me want to watch more of the show, not because I need back story, but because I had such a good time. After 12 seasons the creators know what works and they stick to it here with very charming results. For the fans of the series they are going to love it, but based on what this film had to offer, the show is going to find some new fans like me wanting more of this Burger with everything on it.