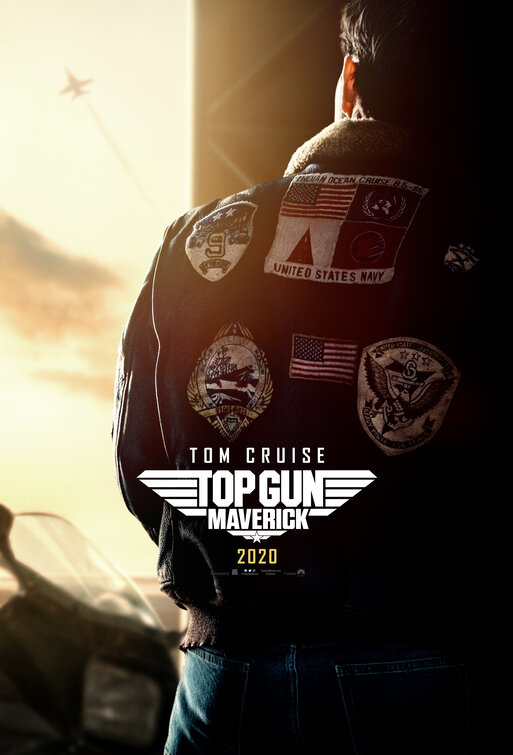 When it comes to sequels, you can make a pretty long list of movies that no one asked for, but we got them anyway. Often those trips taken back into a world we loved don’ t bring the same feelings we had the first time around. Instead the studios make the same mistakes, most involving the lack of expansion of the world we loved all those years ago. 1986’s Top Gun directed by the legend (though not at the time) Tony Scott was one of those movies you might think didn’t need another chapter, but Tom Cruise is here to show you that we were all wrong in thinking that.

After 30 years in the Navy, Captain Pete “Maverick” Mitchell ( Tom Cruise)  has not calmed down with age and still feels that ever elusive “need for speed”. He always seems to be one act away from getting discharged, but a guardian angel keeps giving him one more chance. After disobeying an order, Maverick is sent back to the place it all started, Top Gun school, where he is to get the best of the best ready for what seems like the impossible mission. Maverick is given this chance thanks to his old wingman Ice (Val Kilmer), who is now the Admiral in charge of the Pacific Fleet. That though is not the only reunion he has being back. He also runs into Penny (Jennifer Connelly) who now owns the local bar and things start to rekindle with her. This however is not a reunion tour as he has three weeks to find the best six pilots for the mission, one that is going to put these pilots and their planes to the test. Maverick doesn’t know most of the pilots, but there is one in there that means a lot and that is Bradley “Rooster” Bradshaw ( Miles Teller), who is the son of  Maverick’s co-pilot “Goose” (Anthony Edwards) who died while they were in Top Gun school together. Maverick though will have to put his personal feelings aside if he wants to complete this mission and get these pilots back home.

With the story by Peter Craig and Justin Marks and the screenplay written by Ehren Kruger, Eric Warren Singer, and Christopher McQuarrie, Top Gun : Maverick  is clearly made by people who loved the first film. That is evident from the opening shot as director Joseph Kosinski (Tron: Legacy) recreates the opening scene from the original, all the way down to Kenny Loggings taking us to the Danger Zone again. There is no trying to fix what wasn’t broken, as the filmmakers improve on some things and give us plenty of others that we loved from the first one.

If you have never seen Top Gun after reading this review please change that, as it helps give context to Top Gun: Maverick. The story though isn’t what you came for and while Cruise displays his movie star chops as usual, the real reason you are here is for the action and you will not be let down. With Cruise doing as much as can be done practically as he and the other actors had to complete some extensive flight  training in order to withstand the conditions they would be subject to. It is because of that commitment that we are given some amazing action shots that will make you feel like you are in that cockpit. With a good dose of nostalgia and its delivery of a first-rate action movie, Top Gun: Maverick is running on all engines. It often left me with goosebumps and while it may not be flawless it will give you one hell of a ride all while delivering a cinematic orgasm.